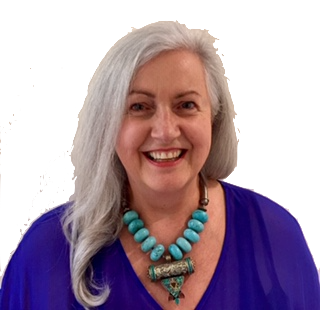 We all have a unique path

A little about mine… 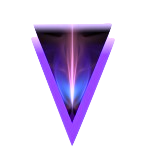 Like all spiritual journeys mine has grown organically from within. For when I first started on my own spiritual quest over three decades ago I didn’t set out to become a channel, that was beyond my imagination. Yet life has a funny way of taking one in all sorts of unexpected directions.

Growing up as a deeply sensitive person I often felt a sense of loneliness and disconnection struggling to make sense of and find my place in the world. In hindsight, my quest to find a more authentic and fulfilling way of being truly began in great earnest during a very painful time in 1988. It was then I became aware of deep-seated belief patterns that were causing great pain in my relationships.

This started a deep desire to begin my healing journey. It called me to be a seeker, to explore many different fields and modalities and to heal myself by working through often challenging times in terms of direction, purpose, relationship, self-expression and abundance. Often life forced me to open my heart when I least wanted to, yet it was also always teaching me to trust that I am guided, loved and supported along the way, no matter what!

For many years I searched inwardly and outwardly for answers leading me to countless books, self-development programs, the study of metaphysics and many healing modalities. My search took me to many parts of the globe and introduced me to many teachers and seekers to whom I am profoundly grateful. After 10 years doing this and mostly looking outside for the answers I realised  the complete sense of Self I was yearning for had to come from deep within me!

After asking myself what would most challenge me, I found myself on a pilgrimage to India. It was there I discovered a connection with my own Spirit guides. This offered me new possibility and as I learnt to trust my ‘new friends’ I began to make more and more sense of my world and my place in it.

I had always had a sense of my unrealised intuitive and psychic abilities. Although not always a particular focus, my inner guidance system had gradually been developing along the way to a point at which I became increasingly aware that another dimension of myself (beyond my ordinary conscious mind) was increasingly calling the shots in my life.

Once I realised that my innate sensitivity was connected to my intuitive and psychic ability I was naturally lead to do readings, firstly for friends, then professionally. This evolved into the opening of a healing practice where I offered classes in self- awareness, healing and meditation applying all that I had learnt. As a natural extension of my practices I found myself drawn to ‘automatic writing’ with Spirit and was immediately aware of being in communication with a collective consciousness that offered me profound wisdom, a higher perspective and guidance for my life. I spent many years communicating with Spirit in this way learning and healing along the way.

Then in 2009, I reached another major turning point in my life that would propel me into even deeper states of healing. Whilst visiting Mount Shasta CA, I slipped on some ‘black’ ice and catapulted down the hotel steps resulting in a shattered shoulder and broken wrist. This life altering accident kept me laid up in a hotel room overlooking the exquisite snow-capped mountain while I recovered from emergency surgery.

While recuperating many synchronicities and signs from spirit occurred on a daily basis that I could not ignore. Though I was in immense physical and emotional pain I felt I was being shown that I was on the ‘right track’. My enforced ‘time out’ was both a deep healing and way of becoming empty, preparing me to receive and take the next step. Even though I had no idea what that step would be.

On my return to Australia I was  raw and vulnerable as I was still dealing with pain and had to have another operation. I continued writing with Spirit as the mainstay of my spiritual practice as I was unable to do much else. I felt ‘completely empty! Unbeknowst to me I was being emptied to receive a higher frequency that resulted in the  depth of my written dialogues becoming magnified and intensified.

This is when I was ‘introduced’ to a collective of the Elohim Frequency. They simply ‘showed’ up one day and began to offer me a depth and volume of knowledge that was way beyond my rational mind. Their loving energy guided me beyond anything I had experienced before.

One of the first things they said to me was: ‘You only have to remember who you are. That is all you have to do. Simple really–and really simple!’

I spent over a year communicating exclusively with the Elohim collective expanding my known reality with the assumption that I had perhaps arrived at some previously unknown destination that I was unaware of moving towards. It became clear their teachings were not just personal but universal in nature and that many could benefit from these dialogues. Vey early in our communications they said they wished for me to share this knowledge with many others. Yet, at the time I had no idea if or how this could occur.

One day I felt that I was receiving so much information at once I decided to change my approach. With both a sense of frustration and a feeling that it was the right time I decided to surrender, let go and have them speak directly through me. The energy of their presence flowed through me with ease and grace. It felt as if the floodgates had been opened and since that moment I have never looked back. I had now allowed myself to see how this could be shared with others. A milestone in my life and thus, the start of my journey of publically channelling….

I can honestly say that I didn’t consider the possibility of being ‘introduced’ to the many other frequencies that I have come to channel over time. Yet, that is exactly what has happened. It is simply a co-creative adventure!  I have come to understand that the Elohim collective, being my Angelic Guides were the ‘openers’ for me to receive information in this way and in a sense paved the way for me to receive and connect with other Guides from the ‘Galactic Realms’.

Over time I began to feel another presence around me, quite distinct from the Elohim collective, who wished to dialogue and communicate with me. This presence introduced herself as ‘Ishtaria’, a Being of Light. ‘Ishtaria’ introduced herself in a very loud, powerful way with a force that was unmistakably loving and possessed of an outrageous sense of humour. She reminds and encourages anyone in her presence to push against all self-imposed restrictions and limitations to have the most expansion and fun we can have on this plane of existence.

Next, came a collective of Star Beings that over time I learnt are a collective of the ‘Sirius Frequency’, the very same collective that ‘Ishtaria’ is part of. Their wisdom is a powerful reminder that we are Divine Beings who have a choice to connect with our sovereignty of being in every moment if we trust in love rather than fear.

With their calming, beautiful and healing energy a collective of the ‘Arcturan Frequency’ ‘arrived’ next. Their frequency offers deep healing and transformation allowing us to access higher states of being.

And last (well for now anyway) a collective calling themselves the ‘Council of 9’ whose service is to remind of us of the inherent balance that exists within everything. As we connect with this it offers us a deep sense of clarity in our relationship with ourselves and to the greater Cosmos.

I now channel, play and work with a variety of Light Beings, including ‘Councils’ of the ‘Sirius’, ‘Arcturan’ and ‘Elohim’ Frequencies’; the ‘Council of 9’ and ‘Ishtaria’.

I have come to understand that a primary and fundamental purpose of my work is to give voice to our unbreakable inter-connected nature. My channelling demonstrates not only do we all have the ability to connect with other vibrations within the multi-verse, this connection is a vital part of our growth both on a personal and planetary level.

Today I channel for clients around the world in both private and group sessions. I sincerely believe that we can all use a little help from our friends on other realms and dimensions!

I look forward to the continued expansion of my work offering the love, wisdom, guidance and healing this ‘Team of Guides‘ wish to share through me. Much love, Isaria ♥

Our desire is to nurture you on a journey of Self-discovery one in which the richness lies within.

can then embark on a life that is grand beyond measure.  ( Elohim ♥ )